This has been kind of a rough year for the blog. With me being busy with real life, I only managed to write nine posts, this being the tenth. But, believe it or not, I did actually play some video games, and I’m going to tell you my ten favorite ones!

I’ve got some pretty simple rules for the list. The game’s first release date in the US must be this year. That means something like the Switch version of the Spyro Reignited Trilogy doesn’t count as it came out on other platforms last year, but Trials of Mana, an SNES game is eligible because it became available stateside officially for the first time this year. Also, remasters are not eligible, but remakes are. I know the difference can be a little confusing, but basically if it’s the same game but running in a higher resolution, I won’t be counting it.

With that out of the way, let’s talk honorable mentions, which don’t have to follow my rules, because whatever!

Considering people often complain that there’s nothing to do in Sea of Thieves, it’s pretty impressive that the game was my Game of the Year last year and is absolutely the game I spent the most time with this year. Lots of smart improvements like actual story missions and cooking compliment the old super satisfying loop to make a game I don’t want to stop playing.

I really wish I had had more time to play Death Stranding before other games stole my attention. Based on how others have reacted, I’m not sure how I’d feel about the game in the long run, but I genuinely enjoyed the first couple chapters. Making deliveries across a barren landscape was surprisingly relaxing, although it would occasionally breakout into some really stressful moments when those weird ghost things, the BTs will pop out. Definitely a game I want to hop back into the next time there’s an empty period.

It’s been years since I bought a Call of Duty game at launch, but I just couldn’t pass up the reboot to my favorite subseries. Unfortunately, other games came out around the same time that held my attention longer. But my time spent with the game was great and I plan to get back to it in the near future.

Way before I was into the Fire Emblem series, I was a huge fan of Intelligent Systems’ other strategy franchise, Advance Wars. While I’m still waiting for an actual sequel, Wargroove does an excellent job of filling that void. A lot of the same mechanics, similar art style, and a goofy but sometimes series story help make the wait for a new Advance Wars much easier. 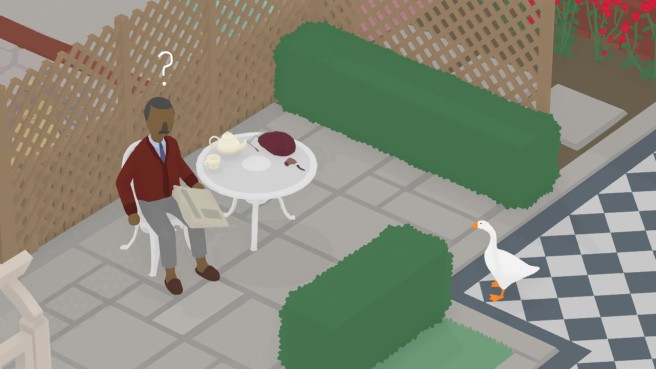 I didn’t fall as in love with Untitled Goose Game as the rest of the internet clearly did, but it is a cool and novel little game. The way it captured the attention of the world with such a simple but still unique concept is commendable, and I feel like you can’t talk about the games of 2019 without at least mentioning it.

I didn’t actually play Tokyo Mirage Sessions this year, but it’s a game that’s constantly on my mind. And you know what? It’s coming out on the Switch in just a few weeks with new content this time! You are going to buy it this time, right? Also, while I’m at it, they should really port Xenoblade Chronicles X. It’s neat that the original Xenoblade is coming to the Switch next year, but c’mon, that’s not the Xenoblade game that we really need.

Alright, without further ado, here is the world’s most trusted video game site, Quarter Circle Forward’s Top Then Games Of 2019!

Unless you count last year’s Pokemon Let’s Go, Pokemon Sword and Shield is the first mainline Pokemon RPG to be released on a home console. This should be a huge deal and unlock countless new possibilities. Instead, we got basically another Pokemon game. But you know what? I like Pokemon. While I do hope that the next generation does something a little more daring, I can’t deny that this a game that I had a really good time with.

#9 The Legend Of Zelda: Link’s Awakening

This is one where I can see some people calling bullshit on my no remaster rule, as Link’s Awakening itself is largely the same game it was on the Game Boy. But, the incredible new art style and quality of life improvements definitely push the game into “remake” territory. The ability to have more than two items equipped, dedicated buttons for certain functions, and being able to mark your maps make it almost impossible to go back to the original game.

Here’s one I bet you haven’t seen on many other game of the year lists. I’ve written several posts about Labo on this site, but the VR Kit is absolutely the best implementation of the idea. While it certainly won’t replace the Valve Index, the idea that you can have fully functional VR games using controllers made out of cardboard that you design yourself is kind of mind-blowing. This is also the first time where the games included in the kit are just as much fun as the process of building (although last year’s Vehicle Kit was a good attempt). I really hope this isn’t the last we see of Labo or VR from Nintendo.

Astral Chain was a difficult game to remember was coming out this year. A friend and I always referred to it as “Anime Police” because it was easier than remembering the actual name, and continued to do so even after the game came out. But, turns out, it’s a really neat game. It doesn’t get nearly as crazy as some of Platinum’s other stylish action games, but it has an easier to follow universe and some really fun ideas. Having a weird extra-dimensional ally beating up on bad guys alongside you leads to some truly unique moments and some surprisingly creative uses like tangling up enemies in the chain that connects the two characters.

If this was a list of games that I was happiest existed, Shenmue III would top the list. It’s been an insanely long wait for the latest chapter in Yu Suzuki’s story. Not only has it been eighteen years since the second game came out, but it’s been four years since it was announced. Believe it or not though, the game feels like it came out shortly after Shenmue II. I can’t help but think that the game could have been more successful if it had embraced newer gameplay concepts, but it truly feels like a game made specifically for the Shenmue audience, and that makes me very happy.

Luigi’s Mansion is a weird series. The first one was a neat concept, but was clearly also a launch title with pretty limited scope. The second game was on the 3DS, and while it was more fully fleshed out, it didn’t keep me interested as long as I had hoped. With the third game, Nintendo and Next Level Games have seemingly figured out exactly what the series needed. Setting the game in a spooky hotel with different themed floors was a great idea to keep things interesting. And the fact that each floor could be literally anything from a medieval castle to a movie studio meant that I could never guess what was coming next. Also, Luigi has a goopy copy of himself named Gooigi. That’s enough of a reason to play the game.

Mortal Kombat has some of my favorite lore in any game series. The last three games have really taken it to the next level with NetherRealms now trademark story mode, and 11 manages to take it to the next level. Our heroes find themselves fighting against Kronika, a being stronger than an Elder God who possesses the power of time. This leads to all sorts of wacky match-ups with characters from all throughout the timeline, including older and younger versions of the same characters. Also, the fighting is better than it’s ever been and features some of the most gruesome fatalities. It’s worth noting too that I played the drastically inferior Switch version of the game, and it was still the fourth best game I played all year.

Super Mario Maker 2 is basically Super Mario Maker on the Switch. While the transition wasn’t perfect (I really miss designing on the Gamepad while playing on the TV), the promise of an infinite Mario game is still incredible. Mario Maker 2 adds plenty of new options, including a new theme based on Super Mario 3D World that isn’t compatible with the other styles and a “night” mode that changes various aspects of your levels. Updates haven’t been coming in as quickly as they did on the Wii U original, but we did just get a huge update that added the ability to turn into The Legend of Zelda’s Link when you pick up the Master Sword, so I’m hopeful that bigger and crazier updates are on the way.

Resident Evil 2 was very close to being my favorite game of the year. It combines old-school Resident Evil concepts, such as very limited ammo and puzzle solving with more modern controls and quality of life improvements. It creates a game that’s uniquely a throwback while also being totally fresh. While I don’t want to see video games turn into the remake/reboot machine that the movie industry has been lately, it’s hard to complain when a remake is this incredibly well made.

I never would have guessed that a Fire Emblem game would ever be my game of the year. It wasn’t that long ago that I hadn’t even played a single entry in this long running series. But after getting into Fire Emblem Heroes, I soon found myself playing through Awakening (which you can read about on this site), a good chunk of Shadows of Valentia, and most of Fates. I’ll definitely finish those games at some point, but this all led to Fire Emblem: Three Houses, the first time I bought a Fire Emblem game on release day after considering myself a fan.

The game surpassed all of my expectations. While I was initially not sure how I felt about the school setting, it turns out that the inclusion of Persona-like calendar events and studying only enhances the overall experience and makes it feel like a more complete game. Being able to train your students any way you’d like allows for much more flexibility than any previous game in the series, leading to some pretty drastically different play-throughs.

Speaking of multiple play-throughs, the game features four unique paths you can take, and unlike Fates, you don’t have to buy them individually. I’ve only played through one myself, but that just makes me want to jump back in and see the other versions of the story. If you’ve never played a Fire Emblem game, this is an excellent one to start with. If you have played them but haven’t played this one, get to it. Fire Emblem: Three Houses is absolutely my favorite game of 2019.