It’s not every day that a new first-party Super NES game comes out. Originally scheduled to be released in 1995, Star Fox 2 was completed but cancelled. As can be expected, incomplete ROMs could be found on the internet for year. But now, if you’re one of the lucky few who were able to pick up an SNES Classic Edition, you can legally play the fully complete version of the game. But was it worth the wait?

Similarly to the first game, Star Fox 2 is one of the few SNES games to use 3D polygonal graphics. By today’s standards, and even the standards of just a little after the game would have originally released, it looks pretty primitive. The Arwings look more like flying triangles than advanced space fighters. But, with a little imagination, you can see what they were going for, and it’s actually pretty impressive for the SNES. 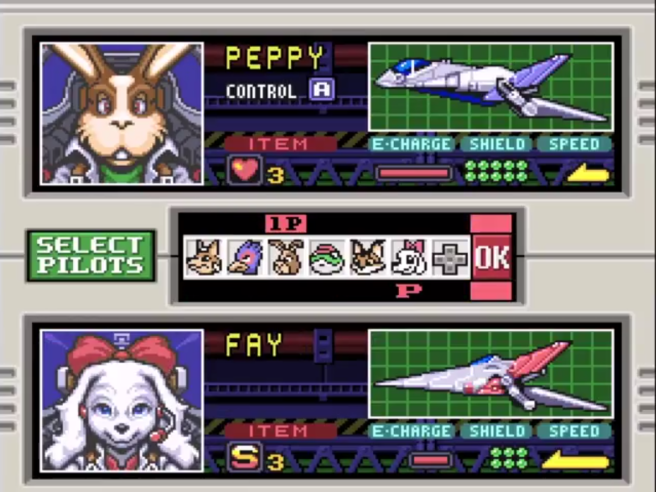 Also impressive is the fuly 3D levels you play in. The original Star Fox had you restricted to flying forward, taking on challanges as they appeared on screen. In Star Fox 2, you have the freedom to go anywhere in the level. This comes at a pretty hefty cost, however. The levels are very small and there just isn’t that much happening in them. By contrast, the first game’s guided levels had tons of details and felt more like real worlds.

The basic format of the game is quite a bit different than the first game. You have a map screen that shows where Andross’s forces are as they advance on planet Corneria. You pick two pilots to control, the four original members of the Star Fox Team as well as two newcomers, Miyu and Faye. Then, you choose where you’re going to focus your efforts, whether it’s liberating a planet that Andross has taken over or shooting down missiles that are headed to Corneria. Your choices matter because while you’re playing, everything else is happening in real time. If you choose to take back a planet, you might get a message from General Pepper saying that a missile is about to hit Corneria, and then you have to decide if it’s worth abandoning your current efforts to try to prevent that. 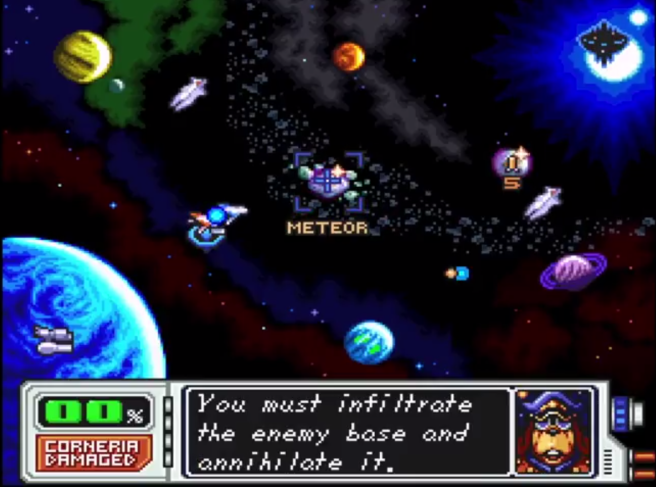 Speaking of that walker mode, it’s pretty cool, but the controls are pretty clunky. While doing missions that take place on a planet, you can press the select button at any time to transform. At the point, you use the D-pad to move forward and back, as well as strafe left and right. Turning is done by hitting either L or R, and this never really ends up feeling natural. Thankfully, there’s a very generous auto-aim, so lining up your shots is never really an issue. 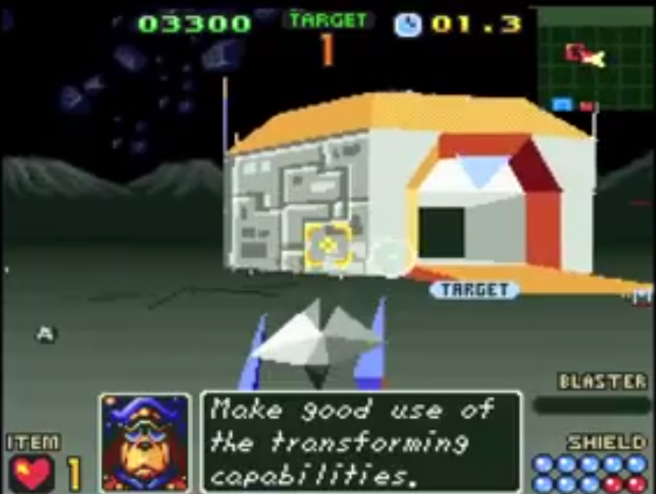 As I’m sure you can tell by now, I’m pretty positive on Star Fox 2, but it’s not perfect. It’s far too short and easy for it’s own good. I ran into no difficult situations playing through the game on the default difficulty. Bumping it up to hard helps, and makes the tough decisions I described earlier matter a whole lot more. But even so, I still made it through in one try. Getting through the whole game takes less than an hour too. There is a grading system, and the pilots have different stats, which encourages replaying, but it’s easy to feel a little miffed when it’s over so fast.

The game also has a difficult time with its frame rate. Star Fox 2 pushed the Super Nintendo past what it should have been able to do, and at times, it’s pretty clear that the system was not meant to run a game like this. Frames drop comically low in some of the more frantic battles, which is very unfortuanate and takes away from how initially impressive the game is.

Most fights in the game only last a few seconds. If you’re taking out missiles or enemy fighters on the map, you’ll find yourself just in the middle of space with a handful of enemies to shoot down. You shoot them, and then you move on. It’s super fast and pretty unsatisfying. Even the boss fights against members of Star Wolf are way too easy. If you keep your cursor on your enemy and just spam your barrel roll to deflect their shots, you won’t have any trouble taking them down. 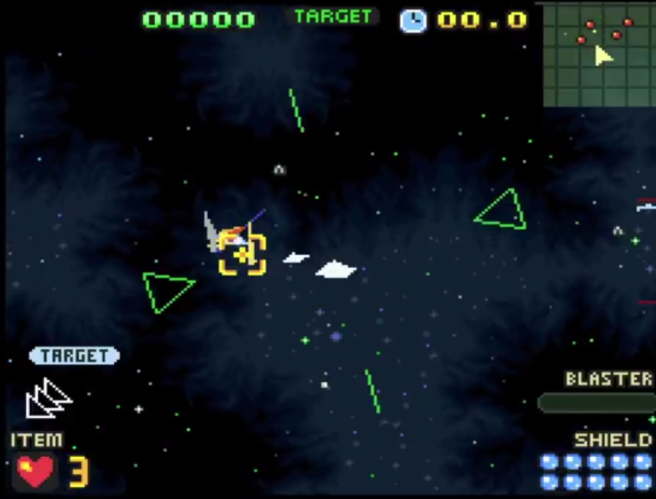 If you’re a huge Star Fox fan like I am, Star Fox 2 is a must play. It’s a game that we should have gotten over twenty years ago, and now we can finally play it. What it manages to accomplish is so impressive and seeing how it influenced the rest of the series is really interesting. If you’re not a huge fan, then it’s harder to reccomend. The pretty significant flaws in the design are hard to ignore. As of right now though, the only way to get it is through the SNES Classic Edition, so even if Star Fox 2 isn’t your thing, there’s plenty of other amazing games in there to check out. Hopefully, they won’t be too hard to find in the near future.

(Author’s note: Due to not having the means to capture footage from HDMI devices, all screenshots were taken from a video by YouTuber Naamex, and can be watched by clicking this sentence)