Yesterday saw the release of Arcade Archives: Mario Bros., the first of several classic Nintendo arcade games due to come out on the Switch. I had never actually played the arcade version of Mario Bros., although I played a lot of the NES port while growing up. Because of this, I thought it would be neat to to give it a try, plus being able to take a game I really like on the go is always appealing. So, how did it turn out?

At its core, Mario Bros. is the same game on NES as it is on the arcade. You play as Mario (or Luigi in multiplayer) and you have to take out enemies by hitting the floor underneath them to flip them over, then run into them. It’s simple but fun. 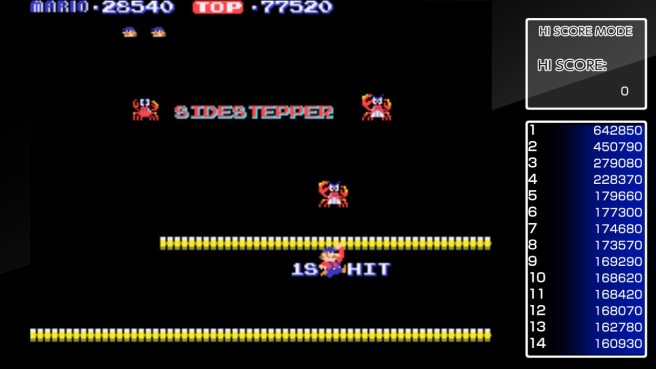 The thing that I noticed immeditaly, however, is how much more detailed the game is than the NES port. The enemies have more bits of animation to them, especially the turtles who after being knocked on their back, stand up with their shell off and put it back on before returning to their normal behavior. Even the one screen stages look much better. The bottom floor always looked like lava to me in the NES version, with it’s weird red ripples, plus the way the bad guys splash when they land on it. Turns out, it’s just bricks, and it’s plain to see in this version.

After a little bit of playing, another big difference became apparent. The arcade version is much harder. The big thing is the frequency at which fireballs appear on screen. These were present in the NES version, but were much rarer. It’s not uncommon in this version to see a bouncy red fireball on one level while two of the green ones that just fly left to right are on two other levels. This isn’t that surprising though. Arcade games are often unfair, giving you enough wiggle room that if you really pratice you can make your way through, but the average player is going to have to keep pumping in quarters. 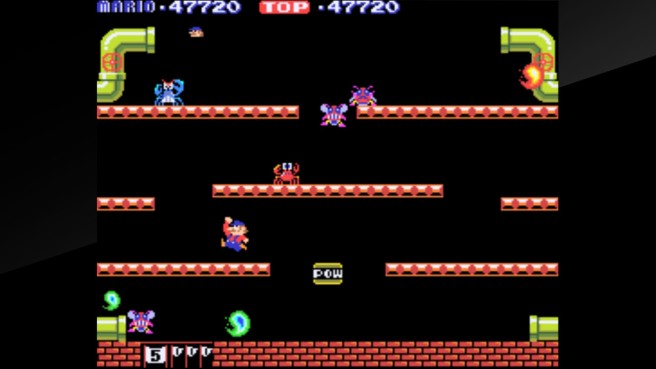 The Swtich release includes three different modes. You can play the game the way it was in the arcade, with multiplayer and the ability to save your progress at any time. There’s also a high score mode, which is single player only and disables saves. It’s basically the same game, but this makes for a more pure  mexperience, especially when it comes to online high score leaderboards. Finally, there’s caravan mode, which is still the same game, but puts a five minute time limit on it, forcing you to take risks you might not normally to try and get the best score in a limited amount of time.

There’s been some backlash online about the games price, which is $7.99. People think that it’s way too high for a game of this age. The thing is, this game is part of Hamster’s Arcade Archives series, which has been putting out old arcade games on PS4 and Switch for a long time now. All of the games in that series, including ones that are just as old as Mario Bros., have been $7.99. So, I guess I don’t really understand the issue. I don’t want to come off as an apologetic fanboy, but it’s still pretty cheap for an arcade perfect port with some extra features. 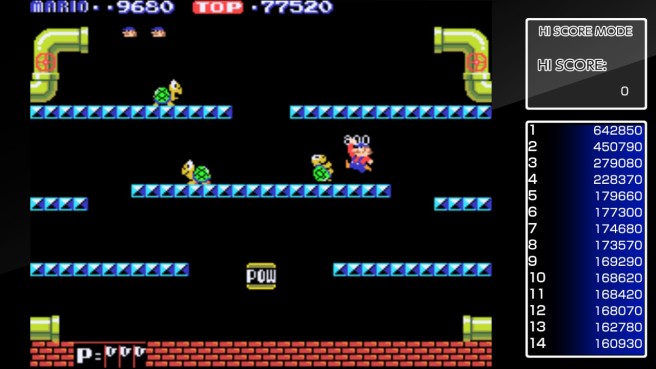 Mario Bros. is a simple but fun game that I’m glad to see get re-released. It’s not going to blow your mind by any means, but it’s timeless gameplay and addictive arcade nature will keep you coming back.

One thought on “Arcade Archives: Mario Bros. Is Simple But Fun”