Until today, I had never even heard of the Atari 2600 game “Gravitar”. From the title, I felt like it was probably a pretty generic sci-fi shooter. I was kind of right. Gravitar is a shooter in the same vein as Asteroids, with the same thruster-based movement and triangle-shaped spaceship. But Gravitar manages to separate itself from other similar games with a genuine sense of progression, something that is lacking in a lot of Atari games.

According to the instruction manual, which is included within Atari Flashback Classics, an evil being known as Gravitar has been destroying entire solar systems with the power of gravity. No real motive is given for why he would want to do such a thing, but we need to stop him. To do that, we need to destroy his gravity turrets located on different planets in various solar systems. 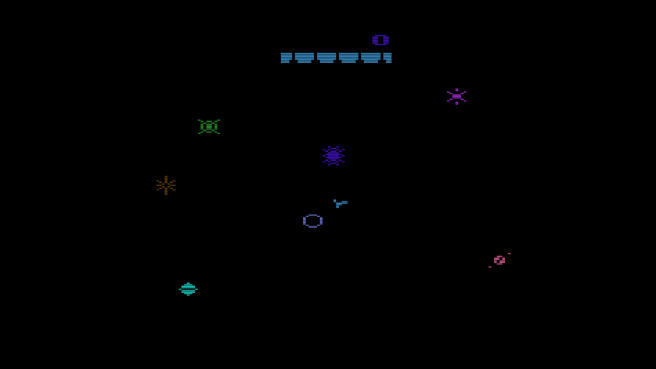 Atari games tend to have trouble conveying what’s happening, due to the limitations of what the hardware was capable of. Often, the players imagination would need to fill in gaps. But in this game, it’s pretty clear what’s going on. You start the game on an overworld map, which is pretty forward thinking for the time. Here, your fly your ship into the various planets and enemy bases, which transitions into levels. There’s even an enemy ship flying around the overworld that takes you to a separate screen to fight if you get in contact with it.

Once you’re in a level, you have to take out the different gravity turrets and then escape back into space. You have a limited range with your gun, so you need to get in close in order to deal any damage. Unfortunately, as you get closer, the turrets activate their gravity, which pulls your ship to the ground to destroy it. They’re also shooting at you, so there’s more to it than just stay as far away as you can and shoot. Once you’ve destroyed all the turrets in a level, you fly to the top of the screen to return to the overworld and see the enemy explode. It’s really cool for a game of this age! 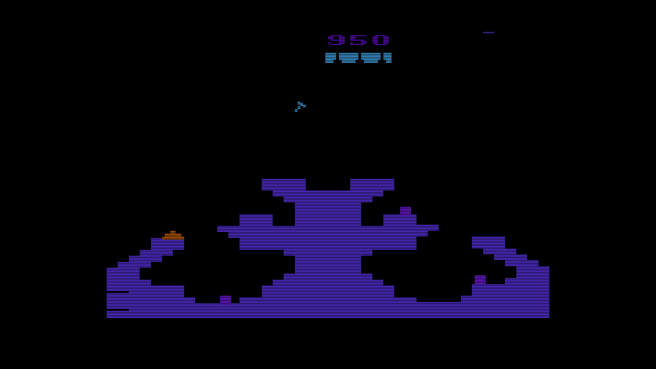 Unfortunately, as is often the case with these games, Gravitar is really, really hard. Navigating your way around the levels to get that perfect shot leads to many deaths, often from clumsily slamming into a wall rather than being shot down. There’s also a fuel limit, and I know there’s a way to fill up, but I never stayed alive long enough for it to ever become an issue for me. With a lot of practice, I’m sure this game would be very satisfying to master. There’s also difficulty options, including one that turns off the gravity from the turrets, but I didn’t mess with that at all.

Gravitar looks and sounds pretty much would you would expect. Everything is blocky and a single color. The sounds are typical beeps and boops. Nothing too out of the ordinary here. But the simple fact that you can tell what everything is supposed to be without any imagination is incredible.

I am bad at Gravitar, but Gravitar is not a bad game. In a lot of ways, it was way ahead of its time, while also iterating on concepts found in other games of the same genre. You probably won’t get too far too fast, but if you like old games, this one should be played.