It’s that time again. Let’s take a look at how my progress in Tokyo Mirage Sessions is going. This week, I got further in the main story, did the final side quest, and got some grinding done in preparation for the final boss. You know the drill by now, before we get to all that, we have to talk numbers. Itsuki is currently level 61, I’m still in chapter 6, and my current play time is 46 hours and 44 minutes.Starting things off, I returned to the dungeon Tiki created out of her memories. This dungeon continues to be very straight-forward. You walk down a hallway, fight some enemies, and eventually you find a mural depicting the events of the last time the Shadow Dragon was summoned. It’s my understanding that this is basically the story from the original Fire Emblem, but as I’ve never played that game, I might be wrong about that. 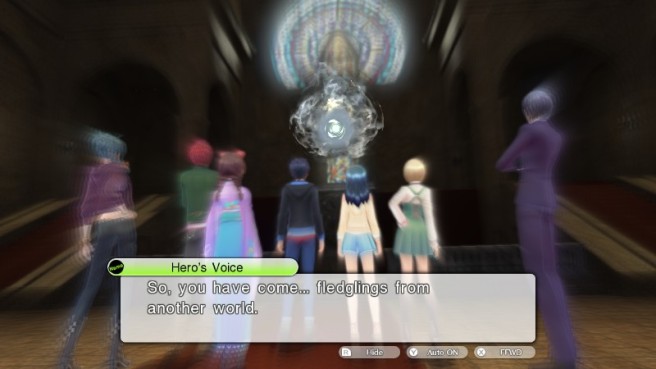 After checking out the mural, it’s time for a boss fight. Just like the previous one in this dungeon, which I covered last week, you’re up against three enemies that are all similar in appearance to party members. The fight itself isn’t too difficult and before I know it, three more members of my party have gained what they need to perform the opera. Yeah, in case you forgot, right now we’re trying to gain the ability to perform an opera in order to defeat the Shadow Dragon. Now, the only person who’s left is Itsuki.

Back to the hallway for some more running in a straight line and finding a mural. I really shouldn’t be complaining, considering how much some of the earlier dungeons rubbed me the wrong way, but taking out any need to think about what you need to do next isn’t much better. Once again, we find a mural, and we learn about the hero-king Marth. Hey, I know that guy! He’s in Smash Bros.! 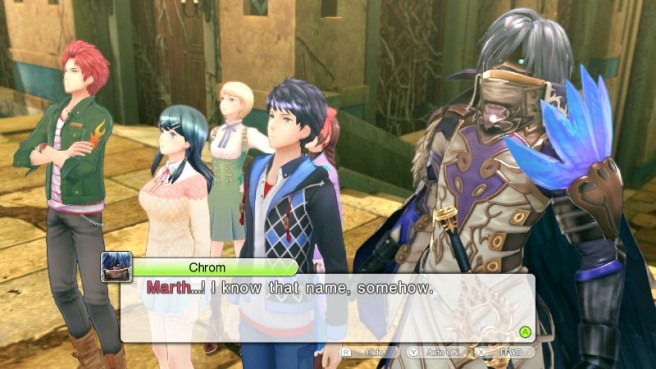 Before we can get into a boss fight, though, we get a surprise. Hatanaka, that producer guy who turned out to be a villain, is somehow here. How he got into a dungeon that Tiki created without us knowing, I have no idea. But whatever, he’s here and he has Marth’s soul, which is what we need. After a dramatic bad guy speech, Hatanaka gives up all him performa to Gharnef. Now it’s time to fight Gharnef.

Believe it or not, even though Gharnef has been built up as the big bad guy for a while now, this was a shockingly easy boss fight. Not that I’m complaining. After his defeat, he gives one more dramatic bad guy speech. It turns out, both his soul and Marth’s were needed to resurrect the Shadow Dragon, and by killing him, we actually did him a favor. Well, great. The Shadow Dragon is being awakened, and basically, we’re doomed. 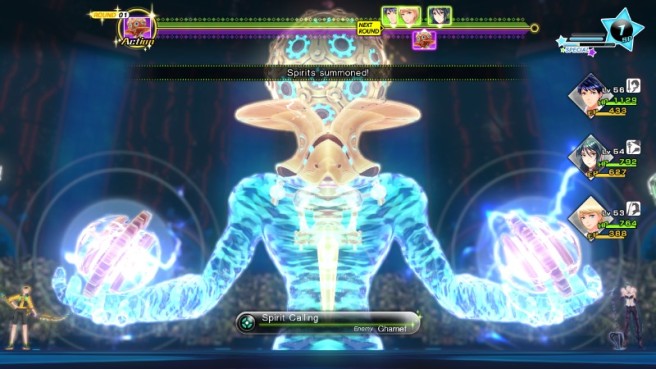 We return to the Fortuna office and give everyone the bad news. Tiki has an idea however. Since the only thing we’re missing for the opera is Marth’s soul, and Marth’s soul is now in the Shadow Dragon, all we need to do is get close to the Shadow Dragon and we should be all set. This is, of course, really dangerous so Tiki tells us to forget she said anything. There’s not really any option though, so we decide to go to the Cosmic Egg and try our best.

But before that, how about one last side quest? Yashiro wants to talk to Itsuki at the cafe. He tells Itsuki that he will be playing a villain in that Power Ranger show that Touma is a part of. His character is evil, but has a lot of respect for the hero. Yashiro doesn’t really know how to portray that, but his mirage has an idea. We head back to Tiki’s memory dungeon. 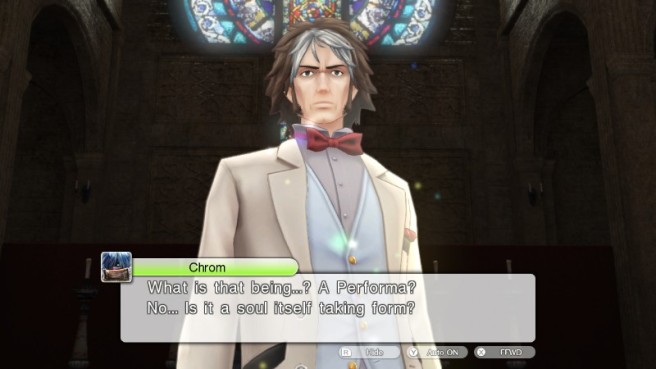 In the last boss room, we come across what appears to be Yashiro’s dead father. Apparently his soul was taken over by a mirage. Yashiro’s father is someone that Yashiro can respect but has to fight anyway, giving Yashiro the experience he needs to do his role. The fight is actually tougher than the last couple, but it still only takes me a few tries. It turns out that Yashiro’s father isn’t possessed, and was in on the whole thing. He’s proud of his son, and then ascends to heaven or something. Great.

And with that, we head off to the Cosmic Egg. I only got to the first boss of this dungeon, but so far, it’s kind of a weird one. The gimmick here is that you have to use floating blocks to get from one island to another. When you move the floating block that you’re on, all the floating blocks move, so you have to figure out what order you’re moving from island to island in order to progress. It’s kind of annoying, but at least there is a gimmick this time. The boss was pretty challenging too, but I did beat him. But I figured, with how much the boss difficulty spiked this time,  should probably do some grinding before continuing.

And that’s that. I’m thinking next week will probably be the finale for this series. There’s only one way to find out though. Come back next week and see if I beat the game!