This week was a little different in my playthrough of Tokyo Mirage Sessions. Once again, I played through a full chapter, but I also did some side content. But, before we get to that, we should start the way we always do, with some numbers. My total play time is 10 hours and 5o minutes, my main character is level 25, and I’ve played through chapter two of the story. Chapter 2 starts with a music video for Tsubasa’s new song. Apparently, between the end of chapter 1 and now, Tsubaba has become an idol. It seems a little fast, considering she was just getting yelled at for not being good enough last chapter, but oh well. Now that Tsubasa is famous, posters of her face are hung up all around the city and people have been crowding around her at school. Next, it’s time for her to do a little modelling.

The person doing the photoshoot is someone Maiko has worked with in the past. Everything should be just fine, but some of his clients have been disappearing. To make sure everything is on the up and up, Maiko sends you to act as Tsubasa’s bodyguard. By the time you arrive however, the shoot has already been cancelled. Apparently, Tsubasa did something to upset the photographer.

We head back to Fortuna Entertainment’s office, but find the photographer with Maiko. He appears to be possessed by a mirage, similar to Tsubasa’s sister. He takes a photo of Maiko, causing her to vanish, and then runs off into a near by Idolosphere. And with that, or mission is clear. Go into the Idolosphere, free the photographer from his possession, and save Maiko.

Unfortunately, dungeons seem to be the weak point of this game. They’re very long, very repetitive, and all the environments look the same, making it really easy to get lost. But, at least this one doesn’t have those giant doll torsos from the first chapter. Instead, the gimmick of this dungeon is cameras that will warp you to earlier points on the map. The line of sight on the cameras is invisible, but you can use a spell to see them. Most of the time, you don’t want to be caught, but there are some parts that force you to use them to backtrack. 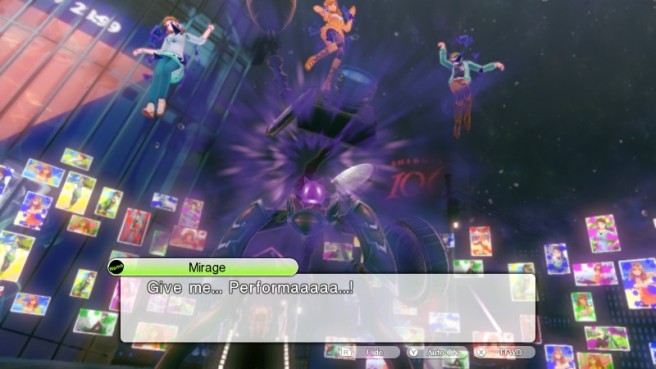 We eventually make it to a boss room. After killing the boss, all of the models are saved, except for Maiko. So, now it’s time to move on to the second half of the dungeon. Guess what? It’s more of the same, but now there’s pictures of Maiko on the wall. Soon, I get to the next boss door, but instead of going in right away, I decide to do some side quests. A friend of mine told me that doing so would unlock some attacks that could be helpful in the boss fight.

I start with Kiria’s side quest. She’s lost her stuffed animal, Sir Gen, and is pretty upset about it. This is supposed to be a surprise, as she’s portrayed as a super serious, business only kind of person. However, the “serious character secretly likes childish things” trope is pretty common in anime and was fairly predictable. She tells Itsuki where to find Sir Gen, but when he gets there, he’s been trampled and badly damaged.

Itsuki ask Tsubasa if she knows how to sew, but she tells him to ask her sister. So, he heads back to Fortuna to talk to her. She can do it, but thinks it would be more meaningful if he did it himself. She shows him how, and now I have a newly patched up stuffed animal. I return it to Kiria, and she seems really happy to have him back and fixed. Apparently, this enables her to perform her next concert well. Okay.

Next, I did a sidequest for Tiki. Tiki is worried because a person who is famous for making songs using her special software has stopped doing so. Apparently, Tiki uses the performa from Uta-loid (this games version of vocaloid) producers to keep her form. this producer is named TikiIsMyWaifu, or Tiki=Waifu for short. You agree to see if you can help.

After going to a cafe, you overhear some people saying they saw Tiki=Waifu near the entrance of the first dungeon. So, you head off and find her. She’s just hanging out in one of the rooms of the dungeons. She doesn’t seem particularly worried about what’s going on, but thanks you for finding her and leaves. A job well done!

Finally, I did one of Touma’s sidequests. He wants me to come to a Raiga live show with him. Raiga, from what I can gather, is basically a Power Ranger. Touma is way into the character and is excited because there’s an audition for the show coming up soon. At the live show, a kid acts like kind of a jerk to Touma for being to old to be into this kind of thing. Touma tells him he will definitely be on the show and to watch out for him. So, to make Touma not a liar, the group heads into a dungeon so Touma can practice his fighting moves.

After defeating five slimes, we get a cutscene of another live show. This time, the villain attacks Raiga, who dodges and knocks the bad guy off the stage. The villain’s mask falls off revealing Touma. Afterwards, we’re told that Touma did not get the part on the show, but the producers thought he could use some experience by taking part in the live shows. Not exactly what we wanted, but it’s a good first step.

After all that, we should probably go save Maiko, right? The group heads back into the dungeon and enters the boss door. In order to free the photographer from his possession, we need to get Tsubasa to bring forth the same kind of qualities that Maiko has that has always made her the photographers favorite. We head back to Fortuna and look for an old book full of pictures of Maiko. This somehow inspires Tsubasa, and now she knows what she has to do. She can’t just follow instructions. She has to be herself, and that will get reflected in the quality of the photos. I guess. 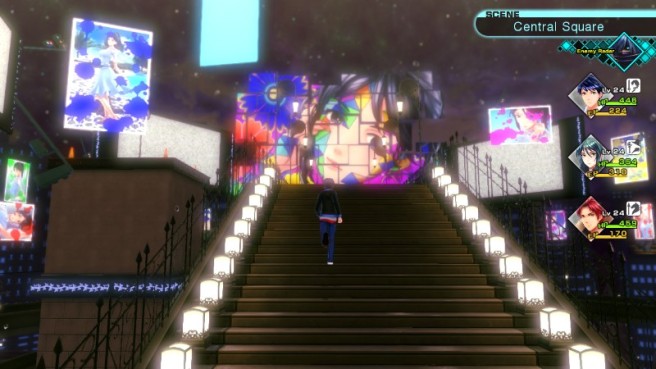 We head back into the dungeon, again, and this time, Tsubasa quickly changes clothes and starts modeling. It works, and we’re greeted with a boss fight. The boss is Gangrel, a character from Fire Emblem: Awakening. It was a pretty tough fight, but thanks to the skills I picked up in those side quests, it was nothing I couldn’t handle. The boss is beaten and the day is saved.

Before the chapter ends, we meet another new character. Her name is Eleonra, but she likes to go by Ellie because it sounds more Hollywood. Her words, not mine. She’s another Fortuna employee and mirage master who had just gotten back from filming a TV show. She seems to think it’s a really big deal, but everyone else says the show hasn’t been getting good ratings.

And that’s about it. Tokyo Mirage Sessions #FE continues to be a really charming game, but the actual gameplay is kind of a drag. Thankfully, forcing myself through the dungeons leads to more story, which is easily the saving quality of this game.