At the start of every year, Nintendo fans start to go a little crazy. There’s always an early Nintendo Direct that highlights what to expect In the first several months and sometimes stuff even further off. As such, it was a little disappointing when Nintendo announced a couple days ago that the first Direct of the year would be one focused on Pokemon, rather than a more general Nintendo Direct. But hey, I like Pokemon, so maybe there will be something cool here.

I don’t intend to go over all of a Direct’s announcements in these posts, rather sticking to what stood out to me. However, this twenty minute Direct only really had two announcements, so I guess I will mention everything. 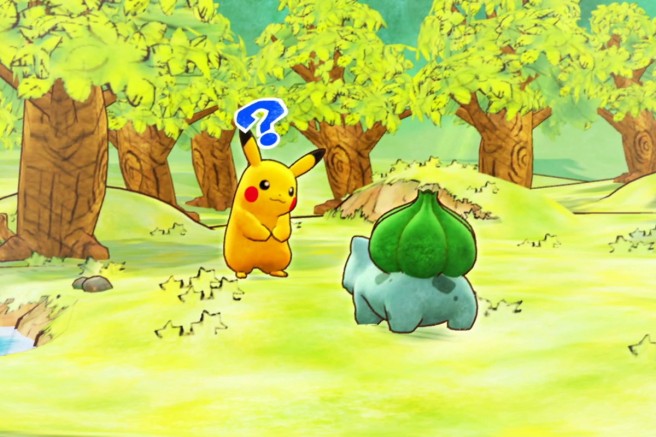 The Direct opened with the reveal of a remake of the original Pokemon Mystery Dungeon games, now called Pokemon Mystery Dungeon: Rescue Team DX. I’ve never played any of the Mystery Dungeon games, but I know there’s been a lot of demand for a new entry in this series. I’m not sure what everyone else’s reactions to this will be, especially since it is a full priced game, but the new painterly art style looks neat. There’s also a demo out today, so maybe I’ll check it out and let you all know what I think in the near future.

The bulk of the presentation was spent on the other announcement, two DLC expansions for last year’s Pokemon Sword and Shield. It seems that instead of going the route of previous generations and releasing an entirely new version of the same game with new features a year later, they’re instead adding new content through DLC. I’m sure a lot of people are going to complain about the idea of paid DLC for Pokemon, but I actually think this is a great alternative to the old way of doing things. I always skipped the enhanced version of games, as the idea of starting over just to see a few new things never seemed worth the money to me. But, being able to continue my save file makes the whole thing seem way more appealing.

The content itself looks cool too. The first, called The Isle of Armor takes you to a new location that seems to have more of an Eastern influence than the base game. You meet some old Pokemon master who used to mentor Leon, the champion from the base game. He entrusts you with a new legendary Pokemon which can evolve into two different forms. The second is called The Crown Tundra, and as the name implies, it’s a snowy environment. Here, you’ll be able to play a new co-op mode that has you and some friends hunting down legendaries from previous games.

Depending on whether you’re playing Sword or Shield, you’ll be given a new rival, who you can actually meet in game right now after applying an update. The expansions also bring about more old Pokemon that weren’t included in the base game.

Overall, this was a nice little Direct. Usually, only having two announcements would be a big disappointment, but I liked everything that was shown. I kinda felt like I was done with Sword and Shield, but now I’m excited to jump back in when the expansions hit.