This is the first part of this series that I’ve legitimately regretted having to write. I don’t remember too well what was announced, but I remember it being pretty boring. If a press conference was boring when it was all new information, how well will it hold up a year later? Well, I guess we’re going to find out.

The conference opens with a CG trailer for Mass Effect Andromeda. I had actually completely forgotten that this trailer existed, and it’s pretty cool. But it also says very little about the game itself. We see who we can assume is the player character fighting some aliens. And that’s great, but it’s not really what most people come to Mass Effect for. Afterwards, CEO Andrew Wilson takes the stage and gives a fairly generic talk about how important video games are to EA. He claims that they have an action-packed show for us, including Mirror’s Edge and Star Wars, and then introduces Need For Speed.

A trailer plays showing a lot of cars driving around. That’s about it. Then, Andrew Wilson returns to talk about the game. He discusses the customization systems and some of the core gameplay mechanics before cutting to gameplay footage. The game looks pretty sharp, but the frame rate does dip a few times. I’m not really a racing game kind of guy, so nothing here was too interesting, but it looked fine nonetheless.

Next up, some information about Star Wars: The Old Republic. A new expansion is announced called Knights of the Fallen Empire. It’s said that it’ll be very story focused and will be free for subscribers. Then we get another CG trailer, which seems to be a trend in this conference.

Unravel is the next game to be discussed. This was released earlier this year, and I kind of forgot how good it looks. It’s a 2D puzzle platformer staring a character made out a yarn. All the puzzles seem to be based around attaching your yarn to different objects to manipulate them. It’s visually stunning, with some amazingly detailed environments. It’s calm and peaceful and decidedly not very EA-like. It feels more like something you would expect from an indie game. 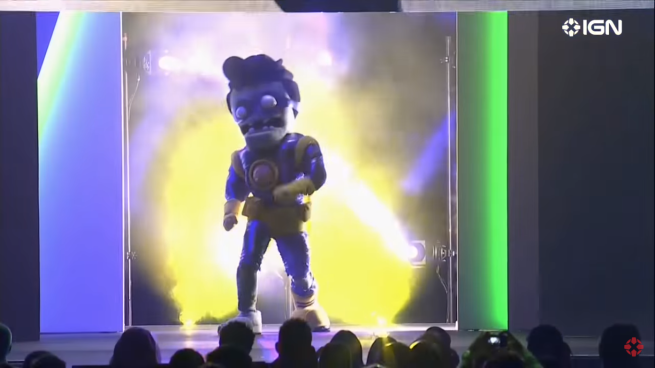 And then what might be the most jarring transition that I can think of, Kenny Loggins’ “Danger Zone” starts blasting and a person in a zombie costume from Plants VS Zombies walks out on the stage. Jeremy Vanhoozer walks out and tells the zombie to get lost. Then he introduces Plants VS Zombies: Garden Warfare 2. He get a live gameplay demo showing the new Graveyard Ops mode, which is basically just the Garden Ops mode from the first game, except you play as the zombies. All in all, the game looks fun, but basically just more of the previous game. It’s out now, but I haven’t played it, so I don’t really have much of an opinion on it.

Next up was a couple of sports games, NHL 16 and NBA Live 16. I’m not even going to pretend that I was interested in any of this. But, I’m sure if you like sports games, stuff like being able to map your face to the create-a-characters was pretty cool. Me personally, I found myself looking at Miitomo instead of watching. Hey, this is my blog, I don’t have to pretend to be interested in everything. 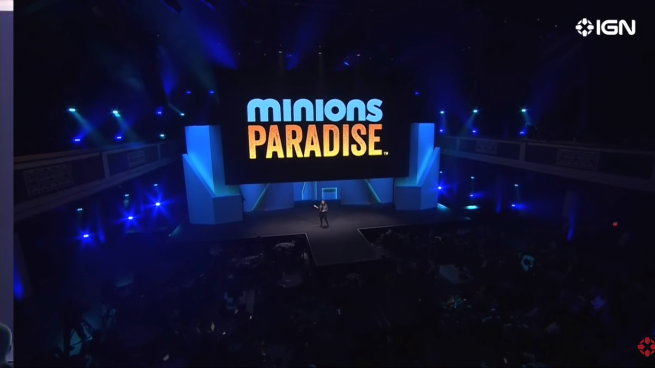 And then there was mobile games. They very briefly talk about a mobile Need for Speed game as well as Star Wars: Galaxy of Heroes, but the bulk of this section is spend showing a gameplay demo of Minions Paradise. This really makes me question if EA understands who watches these things. I’m sure this Minions phone game has done quite well for the company, but I’d be willing to bet that the majority of people who would care about that game don’t even know what E3 is. I just don’t understand why this is here.

Then for some reason, Pelé shows up. He talks about soccer. A lot. Like, this segment goes on for so long and doesn’t actually have anything to do with video games. Why is this here? What purpose does it serve? Once again, I find myself looking at Miitomo instead of the conference. Eventually, they start talking about Fifa 16. First the first time, you can play as women’s soccer teams, and that’s cool. Otherwise, it sure is a soccer game.

To spice things up a little between sports games, we’re introduced to Mirror’s Edge Catalyst. Most of what we get is pre-rendered, but there is some gameplay sprinkled in. It all looks very nice, like you’d expect a new Mirror’s Edge to look. The only issue here is that it really does just look like a prettier version of the previous game, so even though it’s cool to have another Mirror’s Edge, it still isn’t that exciting.

And now back to sports games, with Madden 16. They show off a draft mode, and compare it to fantasy football. Seems okay. They then show us some new changes to gameplay, like the ability to choose different methods of catching passes. But, it’s still Madden, I just don’t care about Madden.

Finally, Peter Moore takes the stage to talk Star Wars: Battlefront. Battlefront came out last year, and the general opinion of the game seems to be that it was pretty underwhelming. But at the time, this was a pretty big deal, and the game looks great visually. It’s really hard to separate the excitement from the time and the disappointment from the release however.

And that’s the press conference. Was it still boring. Oh, yes. This was a really difficult one to get through. Thankfully, just about everything left to watch is better. Next week, we’ll take a look at Ubisoft! Oh, and all screenshots were taken from IGN’s video of the press conference which you can watch right here.