My history with Fire Emblem is pretty short, if you’ve been reading the blog you’ve pretty much seen all of it. Like a lot us, I didn’t even know the series existed until Marth and Roy were included in Super Smash Bros. Melee. But in the last few years, I played through all of Fire Emblem Awakening, Three Houses would end up being my game of the year in 2019, Fire Emblem Heroes is still the only mobile game to really get it’s hooks in me, and of course, spin-off game Tokyo Mirage Sessions would end up being one of my favorite gams of all time. All this is to say, that I was really looking forward to Fire Emblem Engage.

Like the last several games, you start with deciding on an avatar. This time is much like the last game, Three Houses, you can choose between a male or female version of main character Alear, but the only customization you have is choosing their name. This is totally fine, I was fine with there only being two choices for Byleth in Three Houses, but I do miss the bigger customization options from Awakening and Fates. 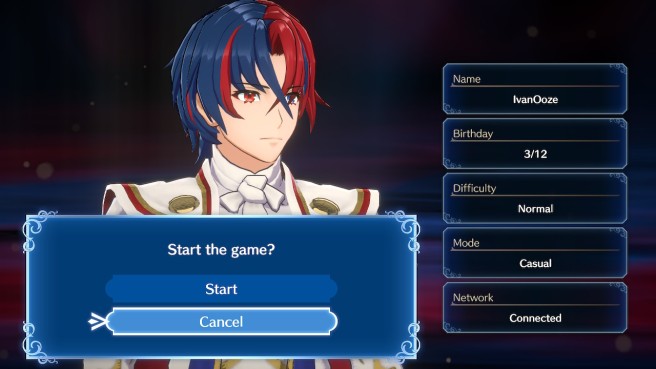 While the lack of customization options reminded me of Three Houses, the story so far has not. Three Houses very quickly established a world of political intrigue with interesting characters who had unique motives. So far, Engage’s story has boiled down to, “there’s some bad guys, let’s get the things to beat the bad guys” and all the characters could just be described as “nice”. Obviously, as this is a first impressions post, this could greatly change as I go on, but the early bits are not nearly as interesting as past games.

This all sounds pretty negative, but I’m actually having a very good time. The classic turn-based tactical combat is back and just as good as ever. You still move characters around an overhead map and have them target opponents to fight while being mindful of what the enemy might do in return on their turn. The series’ weapon triangle system, where weapons act like a game of rock paper scissors, is back after being skipped in the last game, which is great. I’ve always really liked the system, even if it didn’t make a ton of sense. Why exactly is an axe good at dealing with a lance? I don’t know, but if you use an axe against a lance user, you’ll “break” them, preventing them from doing a counter attack, and that’s just a fun added piece of strategy. 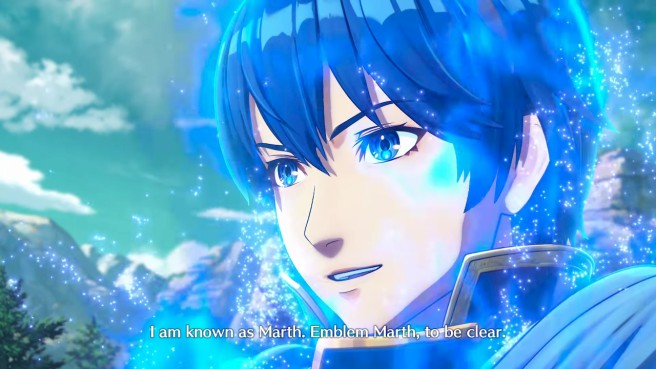 To enhance the combat, you can now equip rings that allow your characters to team up with characters from classic games. These rings are the magic doodads that your characters are seeking to save the world. At the start, you have a ring that gives you access to Marth, the main character of the original game, or “Emblem Marth” as he’s called here. He’s like a ghostly version of Marth? As of now, it’s not super clear to me what the Emblems are, other than warriors from another world. Why are they here to help? No idea, but it is cool to be able to call on classic characters. Using the titular “Engage” system, the character who has the ring equipped will gain abilities and weapons from the classic character. You also get access to a super strong attack that you can only use once per Engage. I recently got Emblem Celica, who’s special attack let’s you teleport to anywhere on the map and unload a massively powerful magic strike on an opponent. In these early stages, it seems pretty broken, but also really fun. I’m a fan. 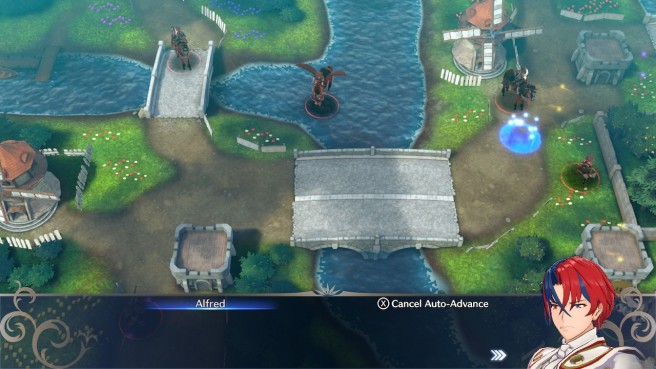 When not in combat, you’re either exploring a small area, like a town, or hanging out at your base. This is pretty similar to the officer’s academy from the previous game, but so far doesn’t seem to have nearly as much going on. You can roam around and collect items on the ground, as well as talk to the characters from your team. You can also give them gifts to raise their support rank with you, which will lead to combat bonuses and special conversations. It’s all classic Fire Emblem stuff, but at least in this early look, doesn’t seem as unique and alive as Three Houses’ take on it.

From a graphical perspective, Engage is a massive upgrade from Three Houses. While I’m not crazy about the character designs, everything is vibrant and colorful. Gone are the weird backgrounds from Three Houses, which were often flat static images that stretched in ways that made no sense. As much as I loved Three Houses, it could be very ugly. Now everything is modeled the way you’d expect and it all looks very nice. It also runs really well, which is appreciated. 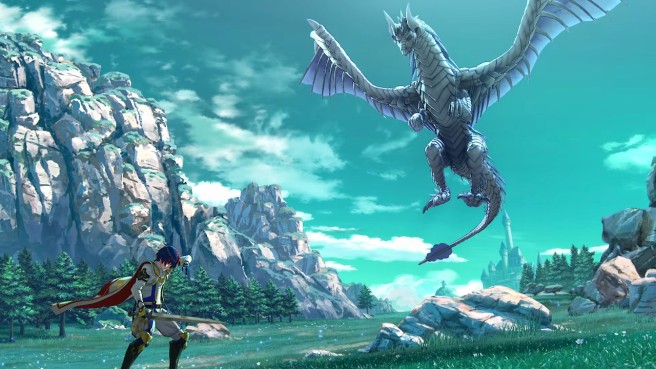 While a lot of the story and character stuff feels like a downgrade from Three Houses, those simply don’t feel like the focus of this one. This feels more focused on interesting combat, as well as celebrating the series’ history. At least early on, it feels like the game is very successful in what it’s trying to do. This is one I’ll be sticking with until the end.