There’s been a lot of games based on the Dragon Ball series of manga and anime. A lot of them aren’t very good, and even the ones that are tend to be more fun fan service, rather than an actual good video game. That all changed this year when the creators of Guilty Gear and Blazblue, Arc System Works, released Dragon Ball FighterZ.

FighterZ accomplishes the seemingly impossible by combining the over the top action of Dragon Ball with the complexity of a modern fighting game. However, ArcSys takes it a step further by also making it surprisingly accessible. If you can throw a fireball in Street Fighter, you can perform any of the special moves in Dragon Ball FighterZ. 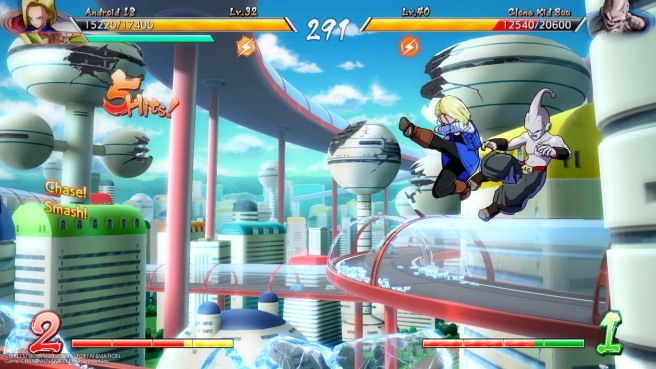 Surprisingly, characters still manage to feel unique despite the simple inputs. If you do a quarter circle forward or backwards and hit a button with any character, you are almost guaranteed to do some kind of special. Despite that, the actual attacks are wildly different between characters. Even when you think you found something that’s consistent throughout, such as quarter circle forward plus the X button doing a projectile, you’ll run into a character like Super Saiyan Blue Goku who does a dash instead.

Adding to the accessibility are auto-combos, which let you do simple combos by simply mashing a single button. While this sounds game breaking, learning to do different, more unique combos will lead to much better damage output, allowing more skilled players to still have an advantage while letting beginners still pull off some cool moves.

Some recent fighting games, like Street Fighter V for example, have had pretty limited amounts of content, leading to people questioning if they’re really worth the full price. Thankfully, FighterZ has plenty of options for you. There’s the obvious ranked and unranked online modes, but there’s also a story mode and an arcade mode.

Instead of simply using a menu, you select what you want to do in a weird online lobby, where you control a little chibi version of a Dragon Ball character. Here, you can enter the arena to fight other people in same lobby, or just kind of run around and use emotes to communicate with the other players. There’s even a store where you can use the currency you earn playing the game or real money to buy capsules, which can unlock new emotes and characters. I quickly unlocked a Great Saiyaman character and never looked back.

This system is charming, but overall it lacks in functionality. You end up spending most of you time just running from NPC to NPC to choose which mode you want to play next. The fact that you’re in a lobby basically doesn’t matter. Even the arena that I mentioned requires that another person notices that you’re trying to get a fight going in there, which means that most of my arena time was spent standing in the middle throwing up emotes. This really could have all been just a menu, and despite liking the visual style of the lobby, it probably would have been better to not include it.

Since arena is more miss than hit, you’re likely to spend the majority of your time with the ranked and unranked world matches. As the name implies, these ones match you up with players regardless of whether they are in the same lobby as you, again kind of negating the whole point of the lobby. If you just want to throw down without worrying about anything, unranked is the way to go. If you want to build up a reputation as a great fighter, you’ll want to play ranked.

I mostly played unranked, because honestly, I’m just not that good at the game. I don’t know if this is the accessibility resulting in good players getting good really fast, but it took a long time for me to even get a single win. I’m not saying that’s a bad thing, that’s me playing poorly, but just be aware that if you’re new, you are likely to get rocked in the early going.

If single player is more your speed, there’s always the arcade and story modes. Arcade is pretty much what you expect. You go through a progression of fights until you get to the end. Depending on how you do, you end up on different paths, but that’s about it. There isn’t even any endings or anything, but it’s still a fun time. You can eventually unlock two characters from playing this mode, but if you bought the day one edition, you already have those characters unlocked.

Story mode is a whole different beast. It features fully voice acted cutscenes and a progression system where your characters level up. It’s divided into maps that look like a board game, and you slide your character around, hitting other characters which leads to fights. There’s a boss character on each map, and you move to the next map when you win that fight. For the sake of getting experience, I did every fight I could. The end result was that the whole thing took me about fifteen hours to complete. I’m sure you could knock a good ten of those hours off by just bee-lining to the boss if you’re good enough to not need to level up.

Along the way, you’ll find special fights that are marked by what looks like a person waving for attention. If you fight those fights, you’ll get another person to add to your team. Also, as you win fights, you unlock special abilities that can be applied, such as extra health or extra defense. It’s a lot of fun, but honestly, it drags on a little too long. But, as I said earlier, that’s partly my own fault for trying to do as much as I can.

The story itself is kind of weird. You’re presented with three different arcs, which at first I thought would be one long continuing story. But instead, it’s three different perspectives. And then, to make everything weirder, there’s tons of contradictions between each arc. So, it’s actually three different stories, revolving around basically the same premise. I don’t know why they chose to do that.

In each story, clones of Dragon Ball characters have started popping up and causing problems. To make matters worse, all of the main characters have suddenly lost their power. Thankfully, there’s a soul which has inhabited your characters that allows them to use their abilities. I think the soul is the player? It’s weird. Anyway, several DBZ bad guys are back and it all seems to be thanks to a new character, Android 21. 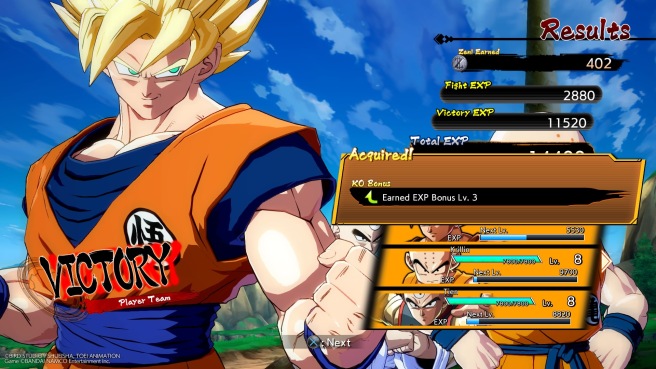 While the story itself is pretty whatever, there’s some neat stuff in it. There’s a ton of fun interactions that reference classic Dragon Ball moments. The soul idea, while being weird, is also a good excuse for why only one fighter can fight at a time, despite being on a three person team. Not that anyone has ever asked why that was the case in a fighting game, but hey, there’s an actual reason here and I think that’s pretty fun.

The whole package comes together with an absolutely amazing art style. Despite looking 2D, everything is actually modeled in 3D. This allows for crazy special moves that have the camera panning around the action in ways you wouldn’t expect to see in a 2D game. All the stuff you’d want to see in a Dragon Ball game are present. There’s energy blasts filling the screens and characters being kicked through mountains. It’s all awesome and I genuinely can’t believe how well it was pulled off.

Dragon Ball FighterZ is a fantastic game. It manages to capture the spirit of Dragon Ball perfectly while also being a good enough fighting game to get fans of the genre who have never seen the show interested anyway. Learning the ins and outs takes some time, and you will get creamed int he process, but stick with it and you’ll find an immensely satisfying fighting game. 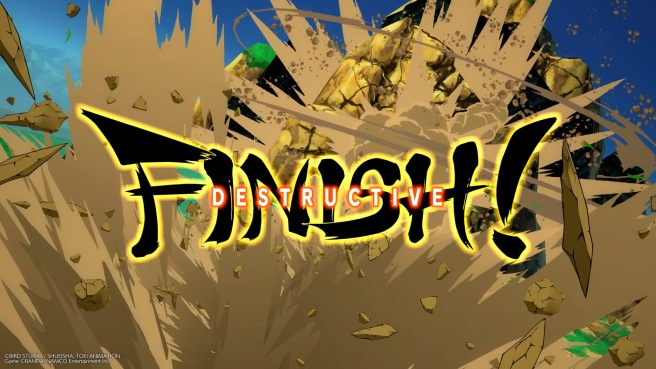